The Unity Orchestra is a 50-piece orchestra based in the Dallas Fort Worth area and features the best jazz and classical performers in the region. Drew Zaremba founded this ensemble in 2015 when he realized there was a lack of orchestral jazz in the United States, and shortly after received the prestigious Sherman/Barsanti Inspiration Award from the University of North Texas to help fund his vision. Drew currently serves as the Artistic Director where his roles include conducting, composing, and arranging for the orchestra.

In February 2015 the Unity Orchestra performed their inaugural concert with world renowned bassist Eddie Gomez. The concert featured an assortment of compositions and arrangements from Drew including Behold the Risen Christ, and All The Things You Are. Following the success of their premier performance, the orchestra recently performed a second concert entitled “Reinterpreting  Bach, Beethoven, and Chopin”. In this concert the ensemble played reimagined classical works such as Beethoven’s “Fur Elise” and Haydn’s “Suprise Symphony” , and primarily featured the New York pianist Addison Frei. Currently the Unity Orchestra is preparing for future events and recordings.

Stay tuned for more information regarding upcoming performances and visit the orchestra’s official Facebook page for up to date videos and recordings. 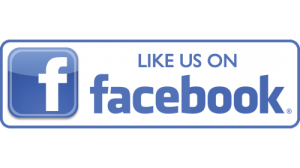